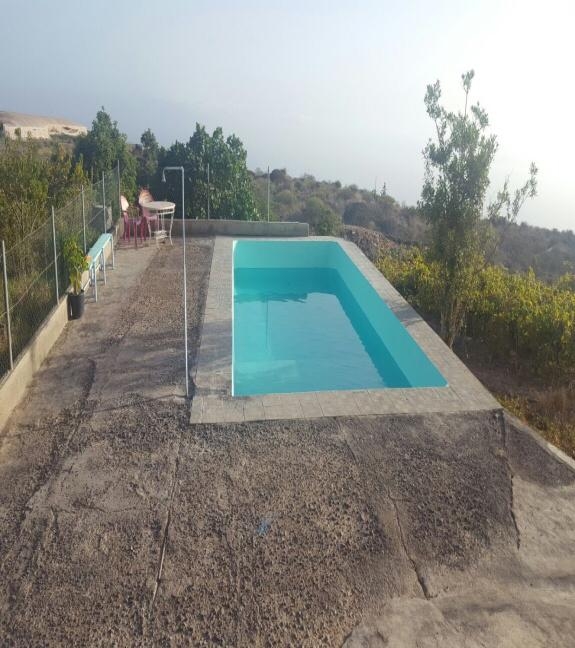 It is a plot of land with a surface area of ​​14,490m2, fenced at all levels and adjoining from the south to the north, turning to the west, with the general access road to Vera de Erques, and on its eastern part with a plot of land in pure nature.

The plot for sale is organized into orchards, in which there are planted vineyards and fruit trees (lemon, orange, avocado, fig, nectarine, pomegranate, guayabera, pear), also having space for cultivation in production. Thus, for example, the land has been dedicated to planting potatoes, harvesting about 1,000 kilos annually, vegetables (beans, tomatoes, bubangos, lettuce, pumpkins, onions, corn, peppers…) collecting enough fruit for marketing. And its vineyard provides about 3,000 liters of wine per year.

In the northern part of the land, there is a two-story house, the first floor consisting of a living room with a cellar, a kitchen, a bathroom, a bedroom, a terrace, and a sub-cellar, with a total of 138m2. And the second floor has an area of ​​153m2, divided into 4 bedrooms, 2 bathrooms, a living room, a kitchen, and a terrace. The house also has a roof terrace, in which there is a 13m2 laundry room.

In addition, also in the northern part of the plot, near the house, there is a pool of about 10m2, a tank that supplies water throughout the year to maintain the entire plantation. And in the northeast part, there are sheds for keeping animals, with an area of ​​about 20m2.

Transversely, the land is crossed by a water channel of the Irrigation Community “Canal Guía-Tejína Altavista” that allows water to circulate through said channel, and in addition, it also has a water action that supplies the land, in addition to the supply municipal, which belongs to the “El Niagara” water community.

Login required for member only features. 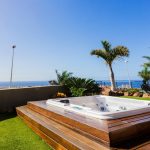 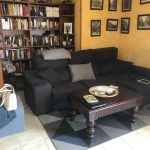